This time, I’ll write one blog article in english too, as it concerns quite a lot of international players. You’ll find the french version of this page here. 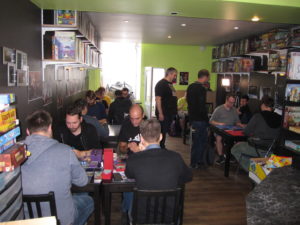 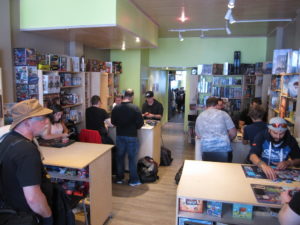 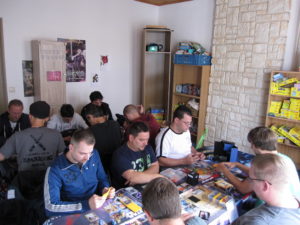 46 players attended to the Belgium Nationals, held on sunday 16th september at LudoTrotter. Many thanks to the shop and to Rémy F. (day judge) for the organization. 25 belgian players, 11 french ones, 7 germans and 3 dutches. After seven intense rounds, resulting in no undefeated player, the top 8 cut did offer 4 places to 6-1 players, and 4 other places to 5-2 players… Pushing 3 other 5-2 belgian players out of the cut by tiny SoS differences. Sorry for you guys 😢

So let’s look at the top 8 best-of-three rounds. Yeah I know you want a beautiful bracket template but keep reading, or scroll down. 😜 One mill deck, two not-actual-meta decks, and some Snokes. But the five Snokes are quite different deck. Even the two Thrawn ones, one playing Grand Moff with Jedi Temple and Separatist Landing Craft in the deck, the other playing Planetary Bombardment.

Yet, only one deck from the Snoky-gang will reach the final round (the Thrawn – Jedi Temple version) to face an unexpected (I think) Yoda-Hondo-combo. This one will grab the first victory, and then will have a second start quite perfect, with a nice move using Yoda’s disrupts and Hondo’s specials to put much damages on Thrawn, forcing his opponent to concede the game on the next turn.

So the winner is… Franck E. aka Fresck in the French community, now our Belgian Champion for 2018. Congratulations man! 🏆🎉

For the record, it’s a deck that Franck was already playing for the European Championship (so before Way of the Force), I think he kinda fell in love with it and tried to got something working with it in the actual meta. With success then. He was just saying two weeks ago in his podcast that there was too much hype on new character combinations, without checking for the older ones being still strong. From what I have seen, the deck is good (yeah thank you Captain Obvious 😎), but Franck know exactly how to run it to take the best advantage of the specials chaining. I mean that for some situation it’s kinda like for chess, virtually manage himself the ressources of his opponent to force him to take some moves. For the french-speaking readers, I’ll make soon an article dedicated to his deck, with his collaboration. 😇

I don’t forget Christian H too for his second place. Last year I had impeached him of reaching the cut in the last swiss round of our championship, it’s kind of a revenge for him this year. Congratulations too! 🎉

Some games were streamed on Twitch, by the shop itself, and others by David Levy from YOUR Destiny podcast. You can find those back here :

Okay guys now if you’re interested we will go deeper into some statistics. I think it’s interesting as a lot of good players did hours of road travel to attend this tournament. The level was quite high, and is thus representative of the current meta. 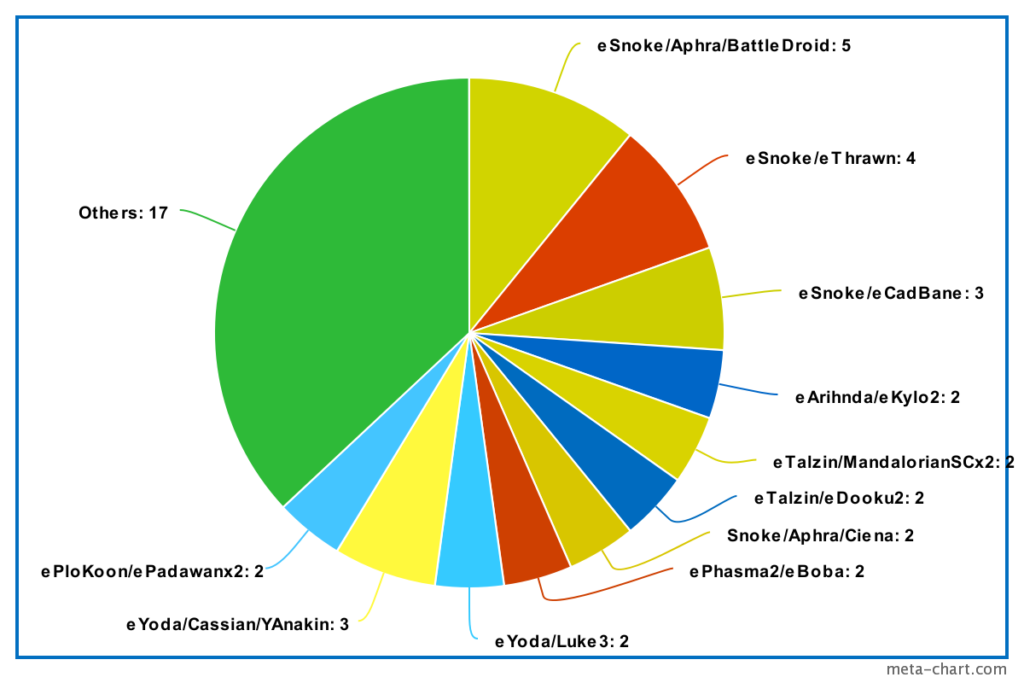 Here is a chart with all decks that were present more than once. As already said before, a lot of Snokes, but always with some (or huge) variation. There was 17 other decks, I’m not gonna list them all (2 are already in the top cut) but we can give some credit to players using eSabine solo, eYoda/eEzra/Rookie vehicles, eLeia2/eLuke3 mill deck, eHanSolo1/eRey1 superfast or eYoda/eCassian aggressive. Here is a distributed view of used characters : 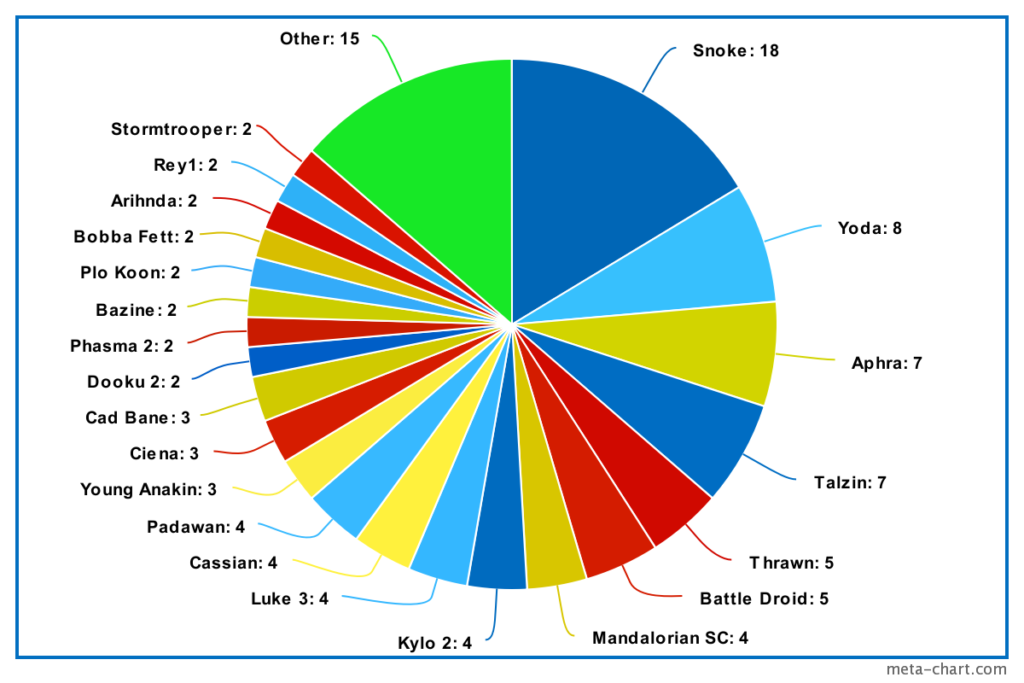 This confirms us the versatile usage of Snoke in 40% of decks, but also for Yoda, still used here by 17% of decks and Talzin for 15% of decks. I will not count Aphra as she was always paired to a Snoke. But as Talzin was never, it means that one of these 3 characters are present in 33 decks, so nearly 3/4 ratio. Now we can check a little bit of the color distribution. 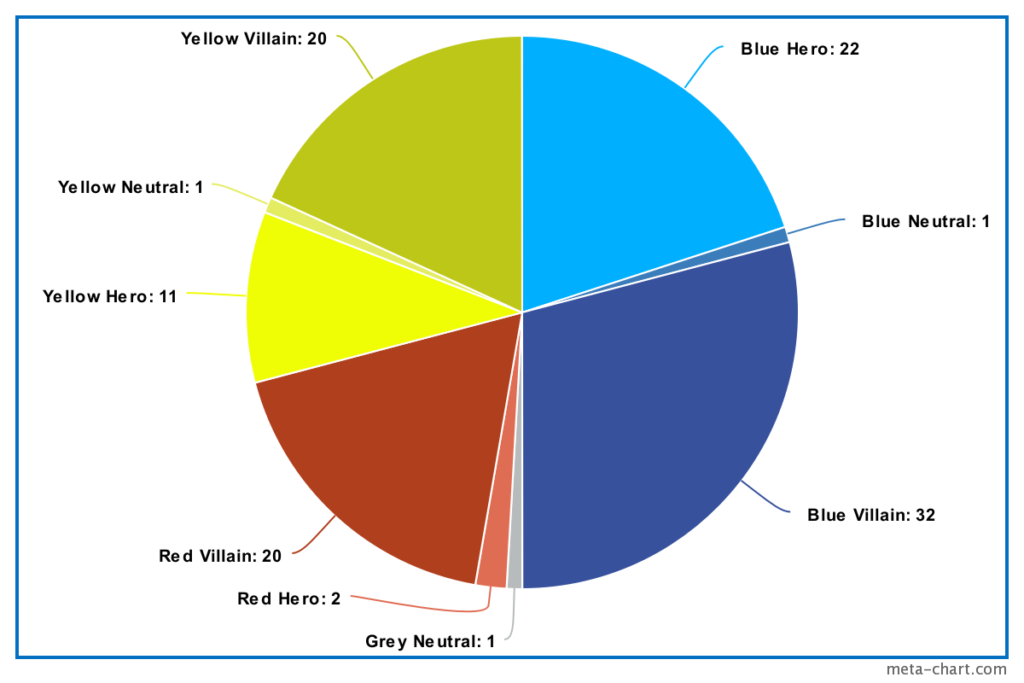 Get it? Check it again, something seems strange in this pie… Look at the dark and light parts, in fact, there was nearly no Red hero characters in the tournament. Except a new Leia and a Rookie Pilot. There was far more villain characters, and counting the decks distribution makes the same conclusion, as there was 16 Hero decks for 30 Villain ones.

Not much to say about plots, as only 6 decks were using one. Being Fortify (x2), Taking Ground (x2), Profitable Connection and Calling in Favor. But without spying any decklist I can also give you an overview of all battlefields used during the tournament : 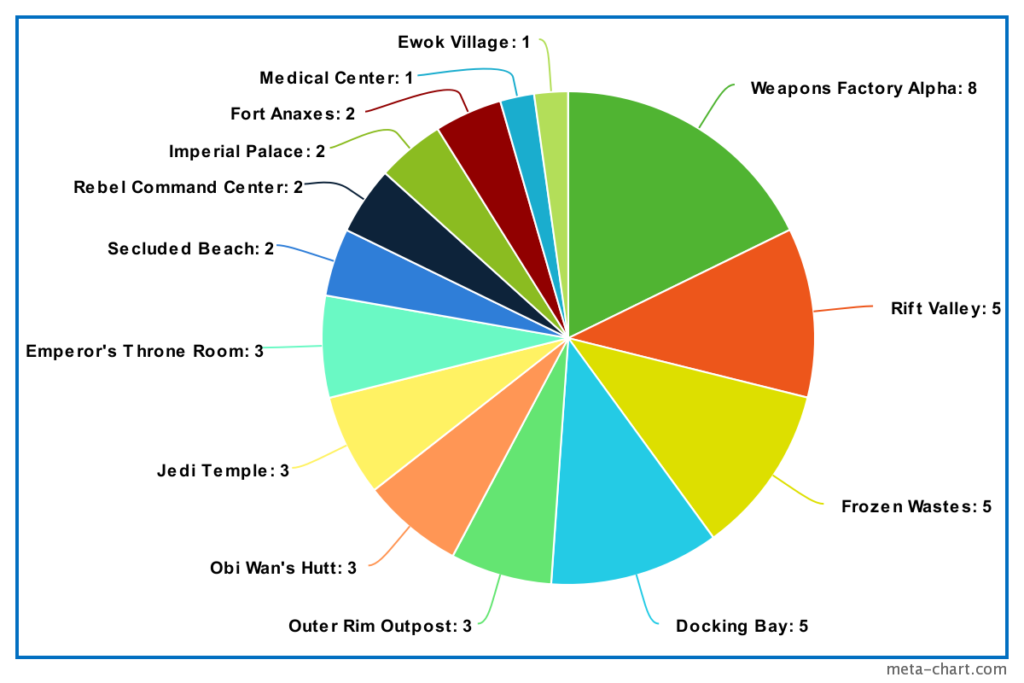 No ratio surprise according to the previous character distribution… 🤓

November will be the month of Nationals Championships for some of us. As there will be the Dutch Nationals on Sunday 4th November and the French Nationals on Sunday 25th November. There will also be a second Belgian Nationals championship in Gent on Saturday 10th November, as FFG UK has apparently allowed the hosting shop to make it happen. I assume it’s probably good for players, getting two chances for the same prizing. But IMHO on a competitive plan, for a game that wants to follow an organized play mojo (as often advertised by FFG), such stupid thing should not happen. 🙈🙉🙊

Nerf Snoke, or not? It’s a question often heard after such analysis, but we can see here it’s not unbeatable. Some meta surprise can still happen, proving it’s not yet completely broken. In fact, before the Way of the Force extension it seems me that Yoda had the same statuses. But the evolving meta and the new extension has regulated this. Will it be the same for Snoke? 💪

Many thanks to all players that did some road trip to attend this tournament in such a good ambiance. It was fun to see so much no-headlock players. 😘